The Selkirk & District Community Foundation supports and serves on Treaty One Land and the home of Anishinaabeg, Cree, OjiCree, Dakota, Dene and Metis Peoples. We acknowledge that our Indigenous Peoples are the stewards and guardians of this land. As a community and workplace that embraces the values of diversity and inclusion, we honour and celebrate our Indigenous nations, their traditional knowledge and their contributions to all our communities. We acknowledge the harms of our shared history on Indigenous people, and that we pursue a path forward that is inclusive and supportive of reconciliation within all our communities.

Who We Are & What We Do
The Selkirk & District Community Foundation (SDCF) brings people together from all walks of life to make our communities vital places to live, work and play, for all:

The Foundation helps everything from the region’s library and hospital; daycares to senior centres and cultural dance troupes to women’s shelters and so much more.

This is made possible by community-minded donors who believe in supporting local not-for-profit groups that strengthen our communities.

SDCF is a charitable organization registered with Revenue Canada and incorporated in 1995.

How Your Donations Grow
Our Foundation is built on endowments. Our motto is Here for Good and endowments ensure your donations will be. An endowment lasts forever because the original donation is never spent – only the interest is dispersed. Consider this: A one-time $10,000 gift to a charity will likely be spent immediately. But a $10,000 donation to an endowment will continue to grow and give back over and over again, far exceeding its original value. Here’s an example of how an average 6% return can make your endowment donation Here for Good: 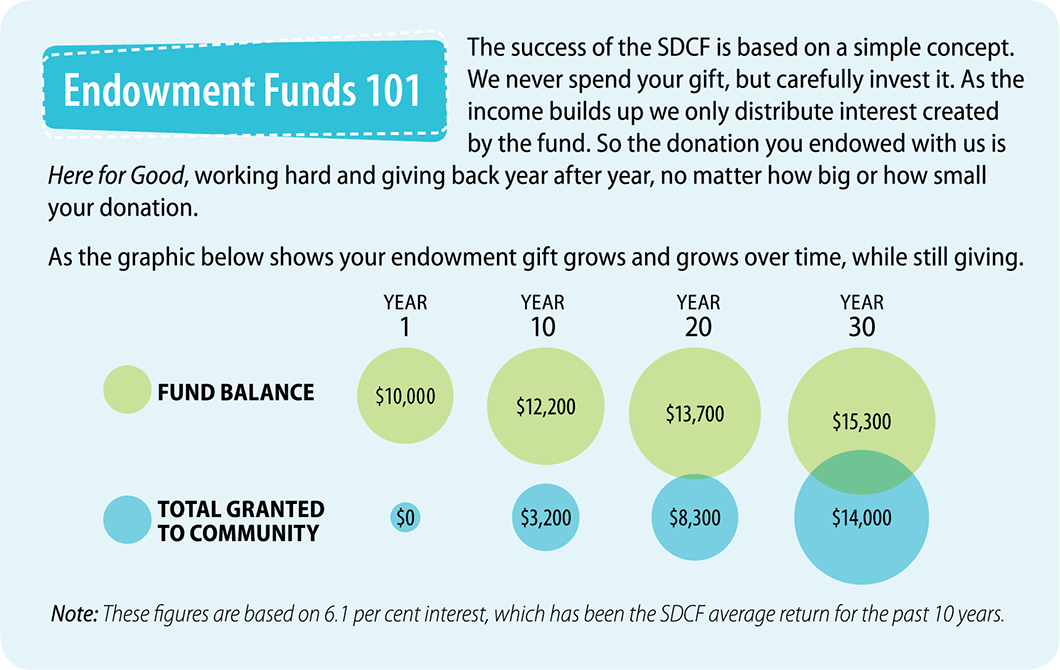 Strategic Plan
The Foundation of today, as in the past, takes great pride in being value driven. Our core values are integrity, collaboration, empowerment, caring, passion and being inclusive in all we do. Learn more in our 2022 Growth, Development & Maturity Strategic Plan.

History
The origins of SDCF are predictably humble and reflect the determination, passion and commitment of the groups and volunteers the Foundation supports today.

Transplanted lawyer Lewis Wasel – who hailed from the neighbouring province of Saskatchewan – had such a belief in his adopted home of Selkirk that he began floating the idea that the town, along with bordering municipalities of St. Clements and St. Andrews, could support something new, something called a ‘community foundation’.

Most people didn’t know what a community foundation was at the time, and Wasel used the Winnipeg Foundation – the first foundation ever in Canada – as an example of the good work they do.

Wasel, who practised law in Selkirk for 31 years, liked the community foundation model where all money donated would be held in trust and the principle never spent. The fund would create a perpetual legacy for years to come with only the interest from the funds being granted out to not-for-profit groups, doing good work, in the region.

It was an offer Wasel couldn’t pass up, and he began floating the idea with others who shared his enthusiasm for community and belief that the people of the three communities would see the value a community foundation could create.

Hear more in Our History video.
See a tribute to Dr. Hussain in our 2014 Annual Report.

Selkirk | St. Andrews | St. Clements | Brokenhead Ojibway Nation
We collected data and stories to identify strengths and discover what issues need attention in our community. The results may delight, surprise, or even alarm you. 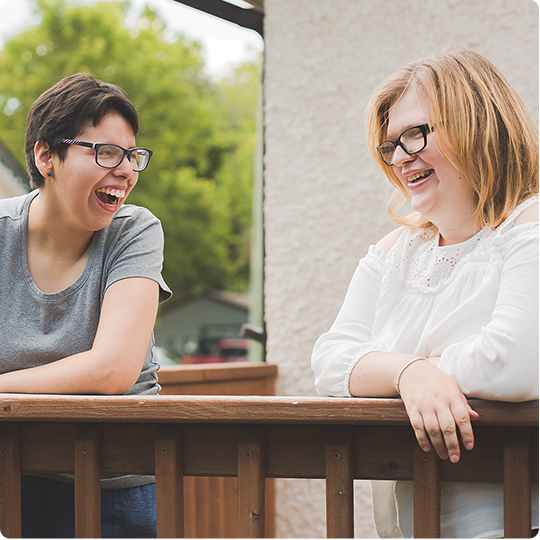 You Don't Need a Million Dollars 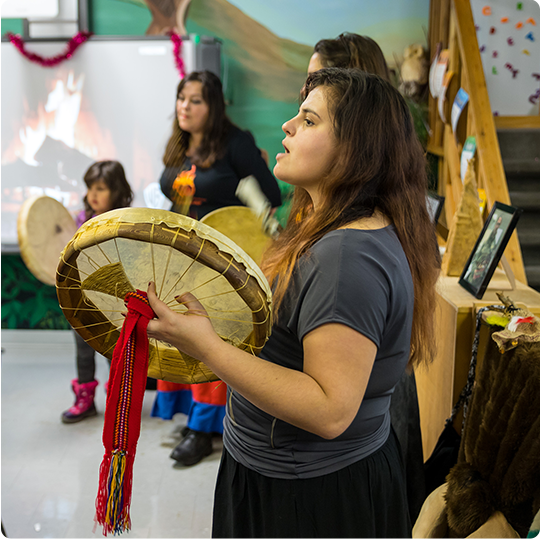 We carefully invest your donation and use only the interest it earns. So you gift is here for good, working hard and giving back year after year.